by Odiase Osayande
2
SHARES
Share on FacebookShare on Twitter
Here are the latest news from the January transfer window.

– Edinson Cavani will stay at PSG this month after Atlético Madrid could not afford to meet their €20m demands. In the summer, Atleti will face competition from Manchester United and Chelsea to sign Cavani on a free transfer. – Newcastle are keen on signing Olivier Giroud and are willing to pay £3m to secure a loan move until the end of the season. He is desperate to leave Chelsea to boost his chances of playing in EURO 2020.

– Photo confirmation of Bruno Fernandes’ move to Manchester United. He joined the club for an initial fee of €55m. – Sheffield United have signed Sander Berge on a four-and-a-half-year deal from Genk. Fee around £17m.

– Hertha Berlin have signed Krzysztof Piątek from AC Milan for a fee of €27m.

– Bruno Fernandes is set to make his Manchester United debut against Wolves on Saturday.

– Bruno Fernandes: “My love of Manchester United really started when I used to watch Cristiano Ronaldo play and ever since then I have been a big fan of this great club. For me to now play for Manchester United feels incredible.”

– Valencia have signed Alessandro Florenzi on loan for the rest of the season from Rome. – Chelsea are to make a late deadline-beating move to sign Dries Mertens from Napoli. The Blues have already had a bid rejected by Napoli for the Belgian forward, who is out of contract at the end of the season.

– Dortmund have agreed a deal with Juventus to sign midfielder Emre Can. Initial loan with an obligation to buy for around £22m. 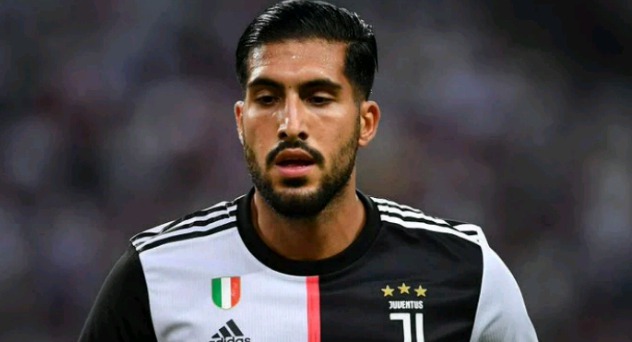 – PSV have signed AC Milan full-back Ricardo Rodríguez on a loan for the remainder of the season.

– Former Manchester United striker James Wilson is set for a move to Salford City as he is poised to quit Aberdeen.

– Newcastle have signed Danny Rose from Tottenham on loan until the end of the season. Identity of First casualty of Coronavirus in Nigeria revealed [photo]

BREAKING: Nigeria records first death from Coronavirus as Edo becomes one of the affected states

Abia is the only state mentioned in the Bible, God will not allow Coronavirus come here – Governor Ikpeazu declares [video]