OFFICIAL: Nigerian Striker Joins Chelsea On Three And A Half Year Deal (Photo)

The agreement between The Blues and Fiabema stipulates that the center forward’s contract will turn professional as soon as he celebrates his seventeenth birthday on February 16, 2020.

Chelsea were permitted to sign the Norwegian-Nigerian after their transfer ban was halved by the Court of Arbitration for Sport last month.

Fiabema will initially start with the U18, U19 and U23 teams of Chelsea as he aims to be promoted to the first team in the coming seasons. 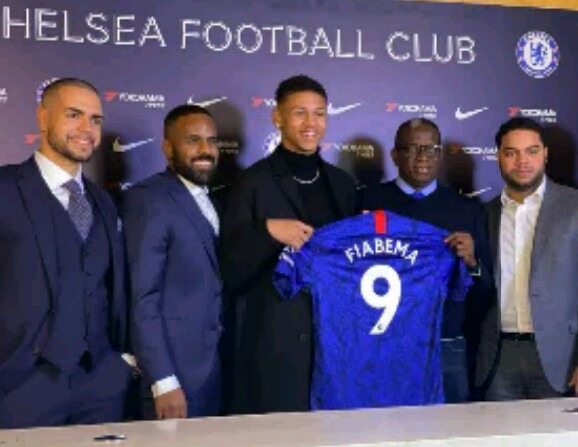 The 16-year-old watched Chelsea’s 3-0 victory over Burnley on Saturday and met with the first team players and Frank Lampard.

READ: Three reasons why Samuel Chukwueze is not ripe for Liverpool, Chelsea or Barcelona Move