A twitter user with the handle ‘duxtch’ has caused a stir on the internet when he took to his twitter account to make a very controversial statement.

According to him if a eventually gets to date a lady who owns a house, he automatically becomes the man of the house and she has to obey him, else she cant find her way out of the relationship.

He has since received series of blasting on twitter.

see the picture of his statement 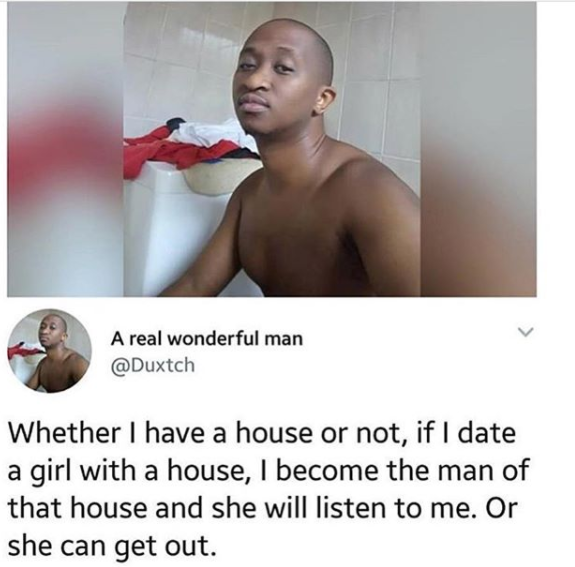 Related Topics:
Up Next

‘You have 30billion pls just give me my 60million’ – After failed attempts reach him, man goes on social media to call out Davido for absconding with his N60M since 2011

Kelvin Ose is a senior reporter at dockaysworld, he is an enterprenuer and an african motivational writter.